The Harvard Speech and Parliamentary Debate Society (HSPDS) was founded in the fall of 1981 by leading members of the undergraduate Harvard Radcliffe Speech Team, Gordon Bell ’83 and Tony DiNovi ’84, and two graduate students who were veterans of parliamentary debate at Vassar and Yale, Tom Rozinski and Neil Buchanan. Members of HSPDS began to compete in the American Parliamentary Debate Association (APDA), a national league of university debating societies that had been conceived only months earlier in late January or early February of 1981, and the team has continued to compete and thrive in the league ever since.  The inaugural Harvard Debating Championships were held October 23-24, 1981 and the tournament has not only remained an important annual event for HSPDS, serving as the primary fundraiser and “comp” process for the team, but has expanded to become the single largest collegiate debate tournament in North America involving more than 300 competitors.

That is, the importance of public discussions, namely, debates, is very great. During the discussions, not only the information that is researched is involved, but also provocation, wit, serious argumentation, with which https://123helpme.org/ helps. Thus, 123helpme and question monitoring allow the audience to form opinions about people, phenomena, objects , etc. 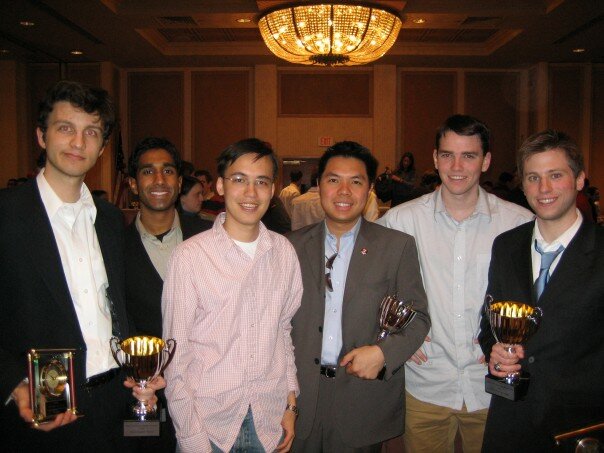 Since its founding, HSPDS has had its ups and downs.  The early years of the organization were unsurprisingly fraught with financial difficulties and the stresses of creating a structure for a loose but growing organization of undergraduate and graduate students.  The team also had to differentiate itself from other campus debating institutions like the Harvard Debate Council, which focused on the more common form of Topical or Policy debate.  However, almost from the start, HSPDS was a dominant force on APDA, winning the National Championships in 1983 and amazingly, every third year after that up until 1992. To this day, Harvard holds the record for most National Championships won by a school with seven, including back to back titles in 2004 and 2005.  The competitive strength of HSPDS was perhaps best demonstrated in the 1992-1993 season when Harvard teams won the National Championships, World Championships, and were twice runner up at the North American Championships in 1992 and 1993.  These achievements mirrored the success HSPDS had in recruiting members and facilitating debate on campus.  In 1991 alone, the team recorded 112 total members, of which 58 competed regularly. While much of the team’s activity focused on competition, HSPDS has maintained a tradition of participating in public debates, notably the annual Triangulars tournament with Princeton and Yale. HSPDS has also engaged in activities ranging from friendly “pub-rounds” with visiting teams, like the World Champion team from the University of Auckland in 1982, to demonstration debates for Japanese television programs teaching English, to moderating debates between great scholars such as a famous exchange in 2005 between Noam Chomsky and Alan Dershowitz.  The team has also been involved in community outreach programs going into local schools to teach public speaking skills to young children and teens since the early 2000s.  During the 2010-2011 season, HSPDS formalized this commitment by partnering with Debate Mate, a UK-based non-profit that teaches debate to inner-city middle schools around the world,  to coordinate Debate Mate’s first American pilot program. 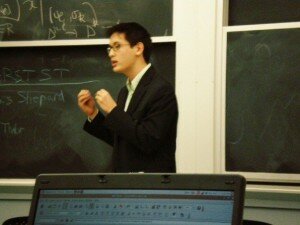 None of this success would have been possible without the tireless effort of team leaders throughout the years. Since its inception, HSPDS has been a student-run organization and faculty involvement has been kept to a minimum. Though HSPDS has had some famous and influential faculty sponsors, particularly Professor Richard Marius, former director of the Expository Writing Program, and Rev. Peter Gomes, Plummer Professor of Christian Morals and Pusey Minister in the Memorial Church, almost all of the work has been done by students and there have always been many opportunities to get involved in the management of the team. Through all the success and turmoil the organization has faced over the years, a consistent theme throughout the history of HSPDS has been that all students from all skill levels are welcome to join, and the team has always sought to promote a strong sense of community which is often created simply by the shared struggle of members to organize the annual collegiate tournament in the fall and high school tournament in the spring.  This sense of community is demonstrated by how connected HSPDS alumni remain with the team and how much support they have provided over the years.  The HSPDS alumni network spans the globe and many graduates go on to successful careers in finance, law, politics, medicine, academia, and any number of varied pursuits.  Many have pointed to the skills that they learned in their debate careers having helped them along their way.

The history of HSPDS has been one of determined commitment on the part of its members both to the health of the organization and to the activity of competitive parliamentary debate.  Over the past 30 years, the team has weathered adversity and years where competitive accolades seemed few and far between, as much as it has celebrated success and years where few could beat us. It has sought to promote and showcase the value of debate and intellectual inquiry on campus and outside the boundaries of Harvard Yard, and with any luck, the history of HSPDS will become only richer as the team continues into the future.

HSPDS Presidents from 2005-2011 in chronological order